Should You Embrace or Avoid Conflict in the Workplace? 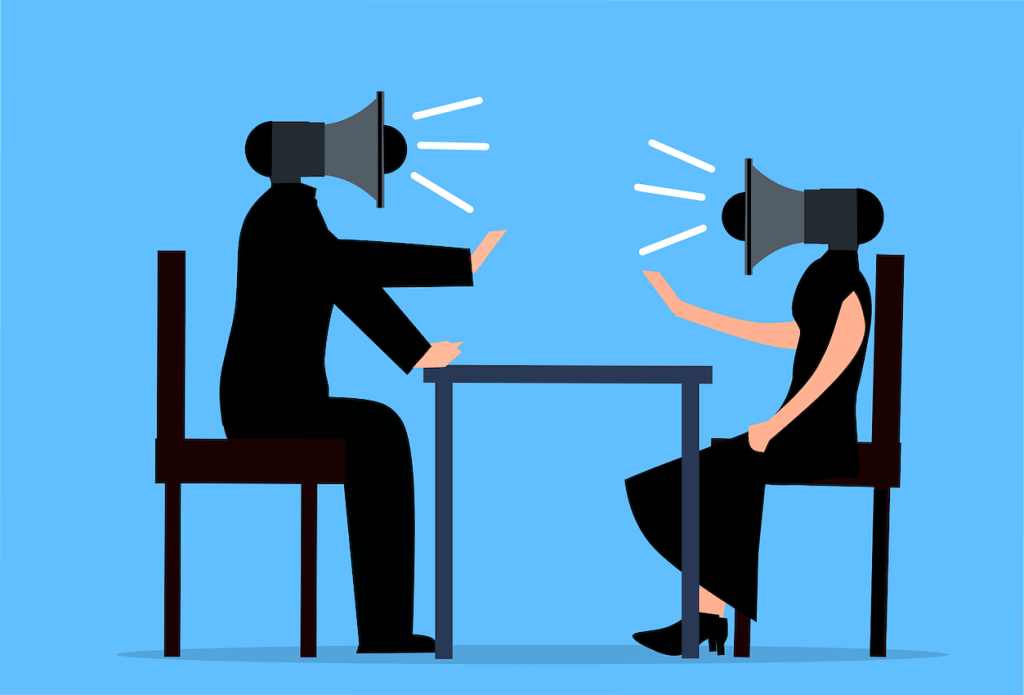 Today we’re going to be asking the question of whether or not it’s best to embrace or avoid conflict in the workplace. In the process, we’ll be examining some of the research already out there on the topic, and draw some conclusions from peer-reviewed articles and anecdotal evidence alike.

Did you know that 85% of employees say they deal with conflict to some degree while working, and a further 29% say they deal with it on a constant basis? Not only does this impact the productivity of an organisation, it impacts the profitability, too. Figures from a Myers-Briggs Assessment found that if an employer spends just 2.1 hours per week resolving a workplace conflict, this amounts to $359 billion lost to conflict each year, or around 385 million working days across the U.S.

Depending on the style of leadership and the culture of your organisation, you might already be embracing or avoiding conflict in the workplace- without even knowing it. There’s a number of different strategies you can deploy in this context to either get to the root of a problem, or ignore it altogether and expect your employees to fall in line. As always, there’s no one-size-fits-all approach to dealing with conflict in the workplace, and the process of navigating conflict will require some empathy on the part of the leadership team, as well as conviction to sort out problems and ensure they do not repeat themselves.

What Causes Conflict in the Workplace?

Figures show that internal conflicts are most prominently caused by personality clashes and a battle of egos, and is often exacerbated by stress and heavy workloads. The ‘Workplace Conflict and How Businesses Can Harness it to Thrive’ report states that 49% of conflicts are caused by “personality clashes and warring egos,” with stress and workloads rounding out the top-three reasons with 34% and 33% respectively.

More specifically, the absence of guidelines and expectations from the leadership team can provide the perfect environment for clashes in the workplace. Management teams that fail to provide hands-on leadership with their employees often help facilitate this conflict, as well as leaders that don’t allow their employees the opportunity to vent their frustration. While more than 70% of management teams said they believe managing conflict is a top priority for the organisation, this is often made worse by an inability to effectively manage the conflict, which can often isolate individuals and breed resentment within the team.

Avoiding Conflict in the Workplace

Some leaders believe that the best way to deal with disagreements in the workplace is to sit up, and shut up. While this might be successful in the short term, there is evidence that avoiding conflict resolution in the workplace can actually lead to low productivity, high staff turnover, poor organisational culture and an inability for your team to work together on key projects. Avoiding these tough conversations is also said to result in a higher rate of sick days and staff leave, as they don’t feel supported by the management team and will often be left isolated, and unproductive.

If you are going to try to avoid addressing conflicts in the workplace, it’s important that you remember this strategy is not sustainable in the long-run. While it might be necessary to demand silence from your employees when there is a key project to complete, or an important deadline to meet, creating an organisational culture that avoids dealing with conflicts will see you unwittingly create a revolving door of employees that do not feel supported in their activities.

Embracing Conflict in the Workplace

There is significant research to suggest that if a conflict between sparring employees is managed effectively, the results can increase trust and consolidate working relationships, which often results in an increased productivity rate for the organisation.

In this sense, training HR members and the leadership team with conflict resolution skills is essential. A CCP Inc. Study found that 60% of U.S. employees had never received any conflict management training, which is a shame considering that 95% of those that had received the training said it helped them manage conflict in their own professional lives. This was likely due to the fact that, with the right conflict management skills, we can gain a better understanding of others with a more empathetic outlook, and often seek an immediate resolution to get back to being productive members of the team, rather than battling members of two different factions.

The ‘Workplace Conflict and How Businesses Can Harness it to Thrive’ says that conflict within an organisation can often seek to empower the organisation, so long as it is dealt with effectively. The authors write that “if organisations invest in building the awareness of self and others on which better relationships depend, they will see the energy created by interpersonal friction generate sparks of creativity, rather than consuming flames. HR, leaders and employees must accept their responsibility for becoming competent conflict managers.”

We can see, then, a building body of evidence that approaching disagreements inside your organisation with a head-on approach is quite often the most responsible and productive approach to managing conflicts in the workplace.

While there might be some virtue in leaving some words between employees left unsaid, overall, taking the holistic approach of tackling issues directly is likely the most effective way in which your organisation can manage future internal conflicts.

We’ll cover the range of strategies you can deploy in your organisation when it comes to embracing conflict in a later piece here on the Best Practice News Page.

For now, thanks for your time, and i’ll see you in the next piece.